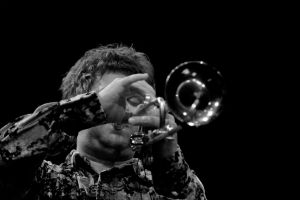 Eric Vloeimans (Huizen, 1963) is an improvising trumpeter and composer who regards the term ‘jazz’ as too limiting to describe his music. His work is characterized by melodic and lyrical power, and a distinctive, individual sound that is called velvety or whispering in the more subdued pieces.

From 2006/2007 Eric Vloeimans has been active with two much-praised formations: the chamber jazz trio Fugimundi (Anton Goudsmit guitar, Harmen Fraanje piano) and the electric band Gatecrash, in which rock and funk elements can be traced (Jeroen van Vliet keyboards, Gulli Gudmundsson bass, Jasper van Hulten drums). With the latter group, he employs electronic effects in his trumpet playing for the first time.

In addition, he continues to develop other projects, such as the band Oliver’s Cinema with accordion player Tuur Florizoone and cellist Jörg Brinkmann (CD available from August 2013, and a US tour in October 2014)) , and a duo with pianist Florian Weber, with a CD release : Live at the Concertgebouw in 2011.

His broad range of interests has led Vloeimans to collaborate with artists from other musical worlds. In the pop music area, these include Fay Lovsky, Doe Maar, Spinvis, Jan Akkerman and trumpeter Kyteman (Colin Benders). Where world music is concerned, Vloeimans was involved in projects with flamenco guitarist Eric Vaarzon Morel, Latin pianist Ramon Valle, and the fado-inspired Pessoa of Fernando Lameirinhas.

Vloeimans has performed as a soloist with classical ensembles such as the Matangi Quartet, the Calefax Reed Quintet, the Metropole Orchestra, the Gelderland Orchestra, the Limburg Symphony Orchestra, the Holland Baroque Society, the Rotterdam Philharmonic Orchestra and the Royal Concertgebouw Orchestra. 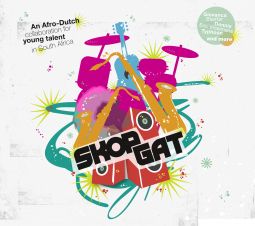 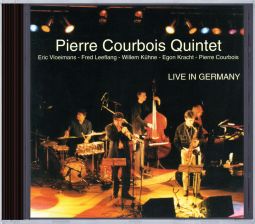