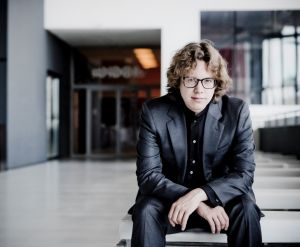 Hannes Minnaar is amongst the most succeful pianists of the Netherlands. He was soloist with various orchestras, including the Royal Concertgebouw Orchestra and the National Orchestra of Belgium, during which time he worded with conductors such as Marin Alsop, Herbert Blomstedt, Frans Brüggen, Eliahu Inbal and Edo de Waart. He gives recitals in many European countries and around the world. He performed at the Royal Concertgebouw (Amsterdam), Gewandhaus (Leipzig) and Musashino Hall (Tokyo) and was invited to the festivals of La Roque d’Anthéron, Bordeaux, Bahrein and Guangzhou.

Minnaar is also active as a chamber musician. His Van Baerle Trio gave 18 concerts in an international tour in the “Rising Stars” series, including the Barbican, Musikverein (Vienna) and Cité de la Musique (Paris). Minnaar also performed with musicians such as Janine Jansen, Isabelle van Keulen and Mischa Maisky.

His solo albums are highly acclaimed. His debut album was awarded an Edison and Gramophone published a full-page article about this album. The same magazine wrote this about his second album “Bach inspirations”: “After Minnaar’s debut disc, this makes two hits in a row”.