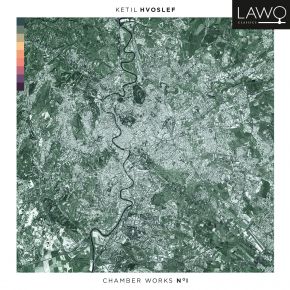 Chamber Works no. I

“Hvoslef Chamber Works No. I” is the first in a series of nine CDs featuring Ketil Hvoslef’s collected chamber music.

Ketil Hvoslef (b. 1939) is a productive, versatile,and undogmatic composer, who — well into his seventies — continues to write music at a furious pace. Hvoslef’s style is characterized by an economy of means, the accumulation of latent energy, rhythmical ingenuity, and, often, an element of humour.

The idea of documenting all 37 chamber music works on CD was initiated by violinist Ricardo Odriozola and pianist Einar Røttingen, both with backgrounds spanning many years of cooperation with the composer. The catalyst for the idea was the wish to give these works the attention they deserve, both in Norway and abroad. Most have not been recorded prior to their inclusion in this series.

The recordings draw from the vast pool of performers in Bergen, where the composer lives and works, in order to facilitate a closer
collaboration between composer and players on every single work up to the time of the actual recording. It is this form of collaboration that is intrinsic to Hvoslef’s work as a composer, and by trying out his ideas in dialogue with the players,the scores are often altered and refined as a part of the compositional process.

This project was funded by Arts Council Norway and the University of Bergen. The performers are primarily from the Grieg Academy and the Bergen Philharmonic Orchestra.

40 Years of The Fringe
The Fringe