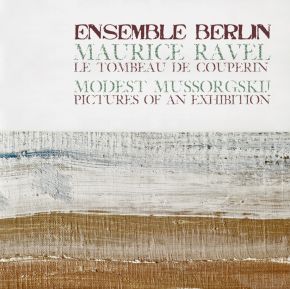 This group of musicians and friends from the Berliner Philharmoniker orchestrawere drawn together by the opportunity to make high-level music in a relaxed atmosphere together. They started playing in an ensemble at the first ever Landsberg summer music festival in 1999. By the time this small yet refined festival of chamber music had drawn to a close, a shared desire to give further concerts at other times of year had been expressed – and thus the Ensemble Berlin was born.

Soon afterwards the Bavarian broadcaster Bayerische Rundfunk broadcast a live concert recording and, thanks to their numerous appearances, a growing audience began to take note of the eleven- strong ensemble – both in Germany and abroad. In 2006 the ensemble introduced itself to Berlin's fans of chamber music on “home ground” in the city's Philharmonie, and they also performed at Würzburg's Mozart Festival. In the meantime, the Ensemble Berlin has recorded several CDs that document not only the ensemble's airy, resonating sound and finely-tuned style, but also highlights their growing repertoire.

There are no limits to the ensemble's program. On the one hand they perform original classical, Romantic, and modernist compositions for the archetypal chamber music combinations of quintet, octet, and nonet, yet adaptations form a further focus of the ensemble's artistic work. The ensemble's wonderfully fruitful collaboration with the orchestral musician and arranger Wolfgang Renz produced an entire series of musical treasures, such as an adaptation of Franz Schubert's “Wanderer Fantasy” for a nonet. This arrangement, composed exclusively for the Ensemble Berlin, offers both the listener and the artist completely new tonal variations while providing a completely new take on an existing repertoire.