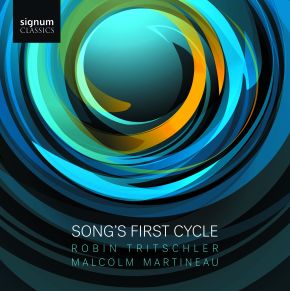 The creation of the Song Cycle as a new art form in the early 19th Century was paved with musical experiments and innovations. On
this disc, Tritschler and Martineau illustrate the progress made by the great Lied composers of the day toward the cyclical perfection
finally achieved by Beethoven and Schubert, and since emulated by Schumann, Loewe, Wolf, Fauré, Britten, Shostakovich and so
many others.

A Song Cycle is distinguishable from a collection of songs or a Liederspiel by some type of interior cohesion: a unifying theme,
text from a single source, a narrative; Tristchler and Martineau recieved critcal acclaim for their first record of songs released on
Signum, No Exceptions. No Exemptions. It could be a musical connection: recurring devices and motifs, key relationships between
songs, or perhaps a fixed performance order. Usually, a combination of these criteria is necessary to bestow on any song collection
the title of Song Cycle.