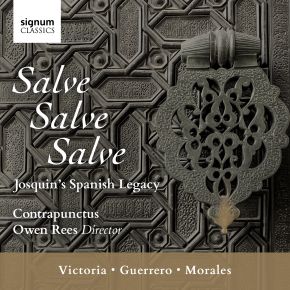 During the 16th century, the music of Josquin Desprez became hugely sought after. Large quantities of his music were published in cathedral
music books and instrumental anthologies (a huge step in this period of history). This inspired three of the greatest Spanish composers of this
age - Morales, Guerrero and Victoria. In this new Signum recording, Contrapunctus and Owen Rees explore the repertoire which was produced
as a result of this inspiration.