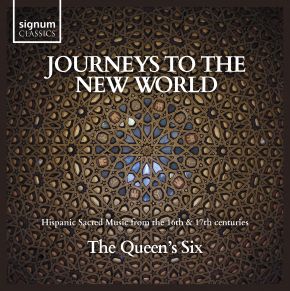 Journeys to the New World

In this recording the singers present music by eight composers. Four of them never went to the New World; their music did. Three of them were born in Spain and were trained in music there; they held appointments in Spain and later emigrated to the new colonial cities. One more became the first composer-choirmaster to be born there of Spanish parents, thus criollo.