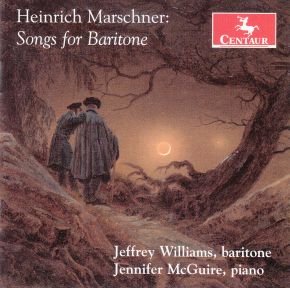 German composer Heinrich Marschner (1795-1861) is best remembered for his dark, supernatural operas.  Each of his major operas featured a baritione in the title role, which was quite uncommon in his day.  He also wrote first-rate lieder for baritone, and this album features many of his best works in that form.