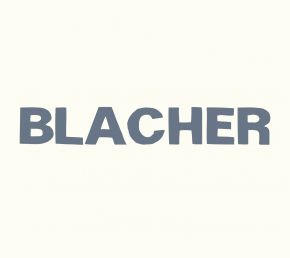 After the difficult years under the Nazi regime, impeded by a ban to teach and to perform in public, by his jewish roots, branded as musically degenerated and temporarily living in secrecy, he emerged as one of the most important composers in post war West-Germany. He was an influental figure in West-Berlin's cultural life, as a professor and its chairman at the Berlin Academy of Music and as chairman of the Academy of the Arts, Berlin. He was extremely curious, urged to move away from the german befuddlement with truth, meaning and emotion and to approach the russian, french and asiatic influences of his childhood. In contrast to the 'Darmstadt School' around Adorno he felt himself strongly attracted to Jazz music, and he always remained on his own, never associating with a 'school' or movement. Although he was broadly represented in Berlin's musical repertoires at the time of his death, - his Paganini Variationen was one of the most widely performed compositions of the last century, - today barely his name may be remembered…"oh, your father was a composer?" . I state this as a musician, not as the son. These CDs present marvelous, perfectly made works of chamber music that will show up again for sure. The 24 Préludes that he wrote for his wife Gerty Herzog shortly before he died show his enormous diversity, they must be called 'timeless', - works that will remain relevant. Finally these CDs shall represent a homage to Gerty Herzog who died in January 2014. In her career as a pianist that started conventionally and was marked by familial breaks, she concentrated on Blacher's compositions above all. Her way and her style of playing these works remain unrivalled up to this day. Most of these recordings were made in the years after Blacher's death, when, following a longer break, she began to perform again. Added as well is an excerpt from an interwiew that Gerty Herzog gave to Alexandra Kluge. . I thank all the musicians, Walter Küssner (a mentor also) and Ulli Blobel, above all, for the help in assembling this album.