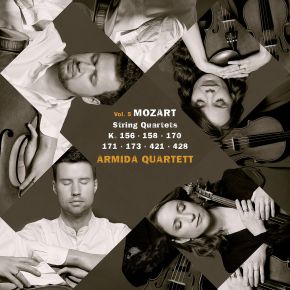 In search of lost free time

Boredom (in German: “long whiling”) is apparently what drove Wolfgang to compose one of his string quartets at the inn at Bolzano. And yes, he was doing well, as father Leopold assured Mozart’s mother in a letter dated 28 October 1772.

How can we even imagine what boredom must have felt like for a 16-year-old genius? Was he sitting lackadaisically at the table with his father, scribbling counterpoint on paper and casually inventing the genre of Classical string quartet in passing? Or was Wolfgang just solving musical-logical Sudokus, as we all tend to do in such cases?

At any rate, it would be too Romantic to imagine that Mozart was writing an emotional diary with these string quartets, a sort of journal intime of his Italian journey. Still, by observing his son’s state of “boredom,” Leopold was indeed noting that Wolfgang was involved in a personal moment of forced leisure. Sitting at the table in the inn, he was processing and digesting the myriad of cultural, social, and musical impressions he had gathered in his travels, creating music that he could soon try out with friends or colleagues, or that might be performed at an upcoming reception in high society.

Apparently it was not even worth mentioning that Leopold never managed to sell these string quartets to a publisher. Could Wolfgang have written this music on his own initiative and for its own sake, without the rigorous control he would otherwise have imposed on works intended for practical purposes? Strangely enough, the genesis of most of Mozart’s string quartets is associated with his travels.

The first authentic quartet and the first group of six were all written in Italy; the second set emerged in the context of a trip to Vienna; finally, the late, “Prussian” quartets are associated the last journey in Mozart’s life. In the midst of these, the six “Classical” quartets show the manner in which Mozart chose to position himself in Vienna – also in relation to Joseph Haydn, who, in Vienna and elsewhere, was regarded as the undisputed master of the string quartet genre.

If we remain open to this idea of “whiling away the hours,” we can perceive the result of Mozart’s boredom in the meter and rhythm proportions of the Italian quartets. The music tends to jump with incredible speed from one idea to the next.(from the Booklettext by Hansjörg Ewert…….)