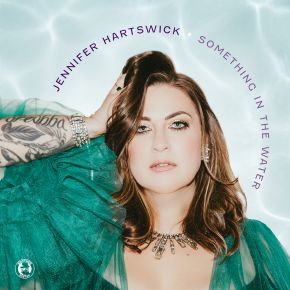 Something in the Water

On Something in the Water, dynamic singer-songwriter Jennifer Hartswick writes and sings about life, love and music that inspires the listener to feel deeply. Hartswick spent her formative years on 300 acres of family farmland in her hometown of Sheffield, Vermont, where the landscape shaped her musical sensibilities. Its influence can be felt on songs like "By the River," which melds a sense of down-home perseverance with a nod to New Orleans via the festive horn section, and "Innocence," which harkens back to her youth. Something in the Water features 8x GRAMMY® Award-winner Christian McBride on bass, in addition to Hartswick's longtime collaborators Nicholas Cassarino (producer, guitar, vocals) and Shira Elias (vocals); it will be released through Mack Avenue Music Group via McBride's Brother Mister Productions label imprint.